Solution for Celebrity Nuggets Issue 14 Answers – stuck with the celebrity quiz game ? then find out the correct name of celebrity stars from the worlds of movies, music, TV, sports and more. Read the question and photo picture then guess the celeb word ! this is a new quiz game that will test your celebrity knowledge. 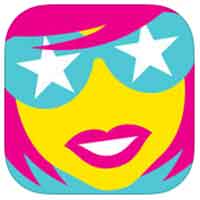 She is an ET star. Who is she?
DREW BARRYMORE

Who is this CHAMPION TENNIS player?
ANDY MURRAY

What is the title of this MASSIVE movie SERIES?
STAR WARS

What was this hit SINGLE for this HIP.HOP artist?
EMPIRE STATE OF MIND

Who is this EX.MODEL who has a connection to a BRITISH SIR?
HEATHER MILLS

Who is this MAGICAL character?
NANNY MCPHEE

I starred in this MOVIE. What was it called?
MONEYBALL

He is a GOLDIE partner. Who is he?
KURT RUSSELL

Answer hundreds of questions about the coolest stars! Each correct answer awards a Nugget of surprising trivia about that star. Unwrap all 50 issues of Celebrity Nuggets and prove you know your Stars!
back to all levels of celebrity nuggets answers list